George Harrison kicked off his post-Beatles solo career with a bang, releasing the epic and exquisite All Things Must Pass. Being allotted only two songs per Beatles album, Harrison had built up an extensive backlog of songs from 1968-1970. Thus, when it came time to begin recording in May 1970, he had enough songs for a double album. By the time of its release in October, All Things Must Pass had swelled to a triple album, the third disc being comprised mostly of in-studio jams.

Radle’s bass line on “Hear Me Lord” is a little uncharacteristic of his playing, in that he has a basic skeleton of a line that he continuously embellishes. It would be much more typical of his style to play the same pattern over and over with little to no embellishment.

Some of the variations of his bass line for this song are a little tricky rhythmically, and may take some time to work out if reading notation isn’t your strong suit. One thing that will help is to learn the 4-measure pattern below. This is the basic groove he’s playing for most of the song (everything but the chorus, which is only heard twice)—if you think of everything else as just an embellishment of this line, it will be much easier to work out.

The pattern above will also serve as a good starting point for your own improvisations. Try playing it and adding in your own Radle-esque embellishments. Keep these things in mind when you’re improvising: 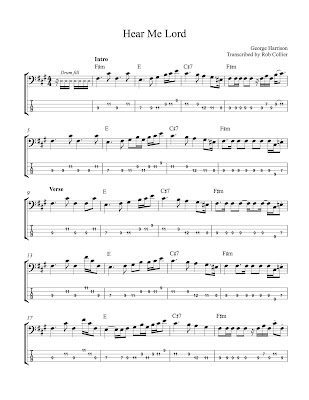 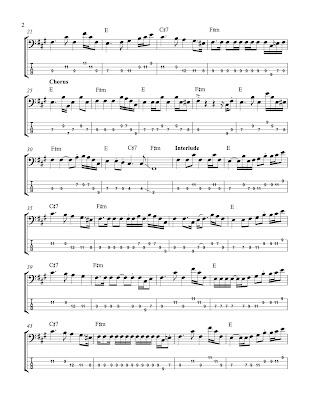 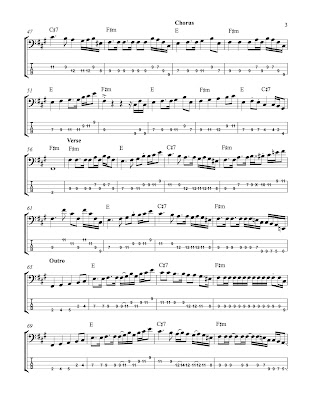 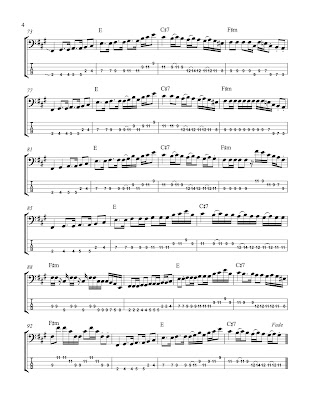