The album Carl Radle is known for more than any other is the Derek & the Dominos album Layla and Other Assorted Love Songs. Playing with this band is as close as Radle came to being an equal member, rather than just a sideman. Though it was clearly a project started by Eric Clapton and Bobby Whitlock, Layla was not intended to be just another Clapton solo album. The Dominos recorded this classic double album, toured the US, and began work on a follow-up record before disbanding.

Radle's bass lines on this album provide some of the clearest illustrations of his style of playing: repetitive grooves with little variation; tendency to play sparse, simple lines to keep attention on the vocal or lead instrument; supporting the song always being the primary goal. In a band where Eric Clapton and Duane Allman are the guitar players, a flashy bass line is seldom warranted.

Radle shows off his McCartney influence with one of his most melodic bass lines in "Bell Bottom Blues." The verse groove is understated and supportive. He leaves a lot of space, allowing the vocals and guitar fills room to be expressive. As you play through the song, notice how few embellishments he incorporates from verse to verse.

In the pre-chorus and chorus, Radle holds down the bottom end while providing a beautiful countermelody to the vocal part. The B on the downbeat of the ninth bar of the example (taken from the end of the song) is an unexpected choice, but contributes to making this one of Radle's most sing-able bass lines. 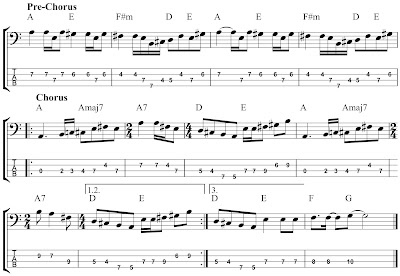 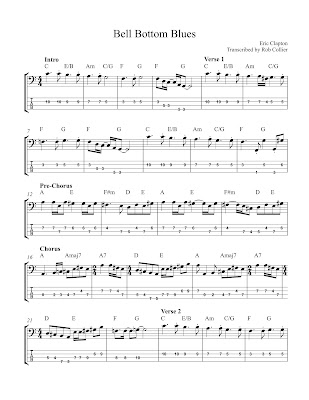 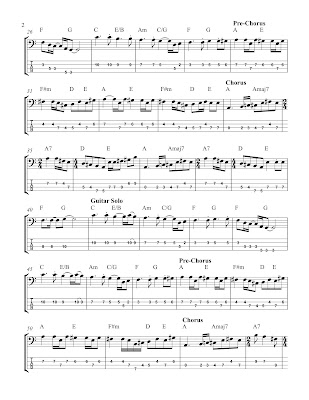 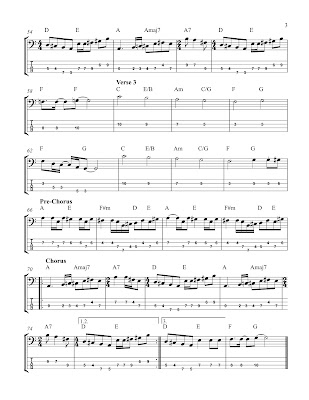