In the spring of 1970, Joe Cocker enlisted Leon Russell to help put together a band for his monumental Mad Dogs and Englishmen tour. Disillusioned with working for the Bramletts, the core of Delaney & Bonnie's ban--including Radle, Jim Gordon, Jim Price, Bobby Keys, and Rita Coolidge--joined up with Cocker and Russell to form a band ultimately comprised of over twenty members. The live double album compiled from the tour documents one of the wildest, most energetic bands ever assembled.

Radle's bass line on the Russell-penned "Delta Lady" is one of his most masterful on the album from a compositional perspective. His line on the verses is essentially "through-composed," meaning he does not utilize any repetition within that section. (He does, however, play almost exactly the same bass line for each verse, giving it even more of a "composed" feel.) During the first half of the verse, Radle emphasizes the off-beats. It is easy to see this in the first measure, but it is also present in the slurs in mm. 2 and 3. Notice how he attacks the note on the off beat, then slides into the note on the beat. This keeps the accent on the "and" of the beat, and makes the line feel like it is constantly falling forward. The off-beat emphasis continues until beat 3 of the fourth measure. Here Radle puts the accent back on the beat as he walks up chromatically from A# to C.

On the second half of the verse, Radle plays a nice descending arpeggio figure. This acts as a countermelody to the vocal, as it is the only other moving line occurring.

Also notice through the many repeats of the chorus, Radle begins incorporating a figure first heard in the second half of the verse. On the first two beats of the F chord, he plays the same A-G-F lick we first heard in the fourth measure of the arpeggio pattern in the verse. It is two octaves lower this time, but it is the same rhythm and occurs in the same place in the measure (beats 1-2) It may seem insignificant or inconsequential, but it really is a nice way of tying different parts of the song together. 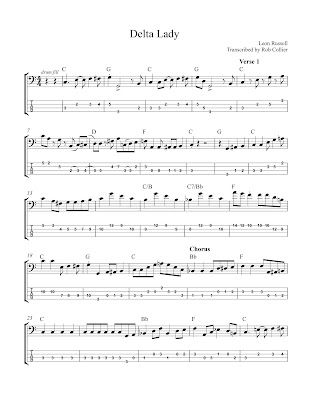 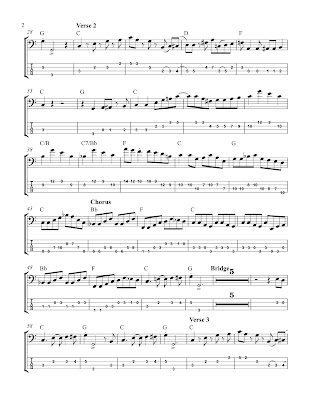 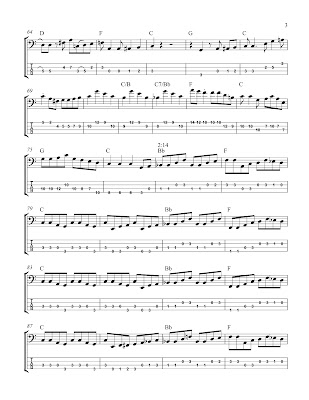 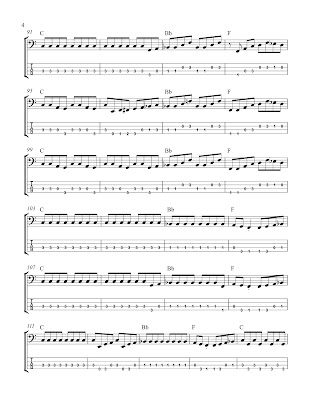 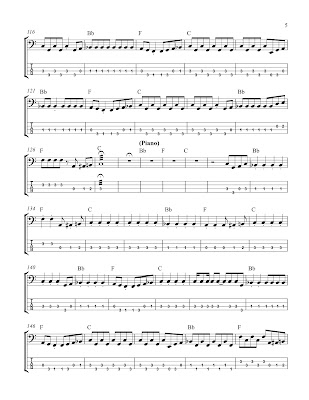 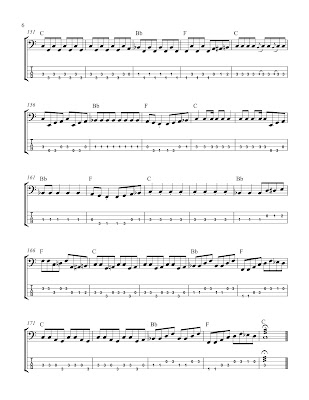