“Sweet Emily” from Leon Russell and the Shelter People is a light, medium-tempo song with a nice, laid back feel. It is in a classic AABA form (more about AABA below)—the verses are the A sections, the bridge is the B. Radle plays almost the exact same thing each time the A section comes around. The bridge only appears twice. Radle plays a similar line in each bridge, though the bass line in the second bridge is slightly embellished.

AABA
This song gives us a good opportunity to talk about what is likely the most common form in all of popular music. The AABA form was extremely prevalent in popular music before around 1955. Show tunes often utilized the AABA form (and still do), as did much of the music that came out of Tin Pan Alley. Consequently, most jazz standards are AABA, as they are often songs from musicals and Tin Pan Alley. AABA songs do not have a chorus. The A section is often the catchy or memorable part of the song, and will usually be the part that states the title. Each A section will use the same melody and chord progression, but will have different lyrics. The B section, or bridge, is used as contrast and to build tension before a return to A.

AABA forms are usually 36 measures long, each individual section lasting 8 measures. In a slow tempo, a band or artist may just go through the form once and end the song. In faster tempos, some or all of the form may be repeated. In “Sweet Emily,” Russell moves through the AABA form once (mm. 5-29), then repeats the BA (mm. 30-45), which is a very common method of extending the form. For some other examples of AABA songs in the pre-rock & roll era, listen to “Somewhere Over the Rainbow” as recorded by Judy Garland, “All or Nothing” as recorded by Frank Sinatra, and “Hey Good Lookin’” by Hank Williams.

In 1955, rhythm & blues music crossed over into the mainstream popular music market and rock & roll was born. Of course, the sounds of rock & roll existed before 1955, but it wasn’t its own genre—it was just a small segment of rhythm & blues. With the rock & roll boom of the mid-to-late ‘50s, the AABA form did not fade away, but it became only one of several prominent forms. Early rock & roll relied heavily on the 12-bar blues. How many Chuck Berry and Little Richard songs can you name that utilize the 12-bar blues? It’s probably a shorter list to name the ones that don’t.

As rock & roll developed into the 1960s, having a catchy chorus became increasingly important, so verse-chorus songs became more of the norm. But you can still find plenty of AABA forms throughout the 1960s and ‘70s. The Beatles used the form often—“Hey Jude,” “A Hard Day’s Night,” “Something,” and “Yesterday” are AABA, to name just a few. Led Zeppelin made frequent use of what is called compound AABA, meaning that each A and B section is made up of multiple smaller sections.  “Whole Lotta Love” is a good example of that.

Pay attention to the form of the songs you’re playing or listening to. Knowing where you are in a song is important. Understanding the form can help you learn songs faster, can keep you from getting lost (in the music, not in the world), and will increase general understanding of music. And the more we understand music, the more fun we can have with it. 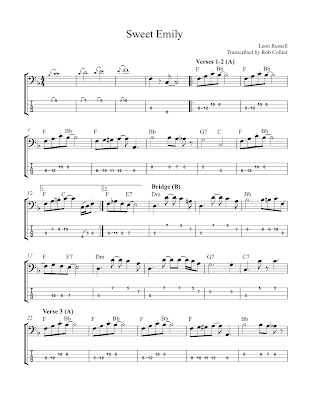 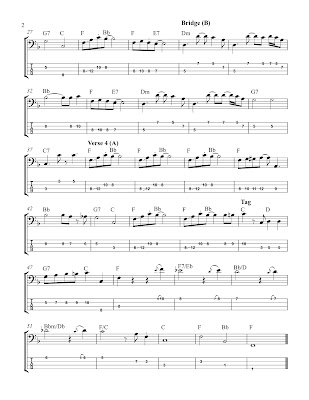