I decided to continue the trend of the last few weeks by posting another J. J. Cale song. Like last week's transcription of "After Midnight," this is Radle's bass line from Eric Clapton's cover released on the 1977 Slowhand album.

This is a typical J. J. Cale song, elegant in its simplicity. The chord progression just alternates between E and D for most of the song. There is no chorus to speak of, just a refrain at the end of each verse that steps down E – D – C – B. So by learning a few measures of music, you’ll be prepared to play this whole song.

Radle’s groove is appropriately simple. During the verses, he usually plays the root of the chord on beat 1, the 5th on beat 3, then back to the root on beat 4. (See sample measures below.) At its core, it is essentially a simple country bass line. He embellishes it regularly, but this is the basic groove.

During the riff (heard in the intro and after each refrain), Radle alters his line only slightly. He consistently plays D-E sixteenth notes on the “and” of beat 4 in the E chords. (See sample measures below.) It’s just a little pickup to get to the D chord. This is kind of a tricky spot to feel. If you play it by yourself with a metronome, it’s not too hard. But playing it with the recording feels a little weird, because it plays against the rhythm of the guitar riff, rather than playing with it. It creates a nice little rhythmic counterpoint, but if it isn’t entirely locked into the groove, it’s easy to make it feel sloppy. 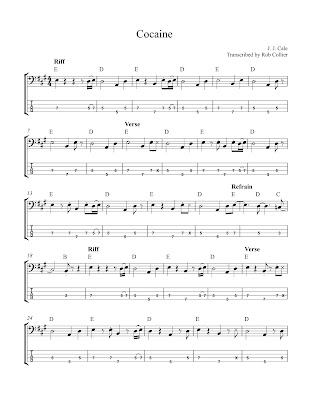 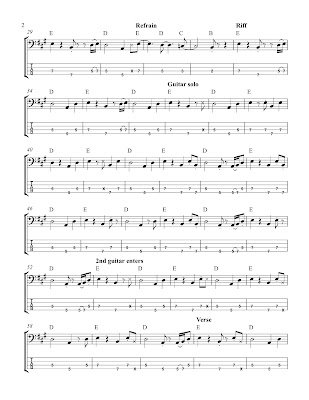 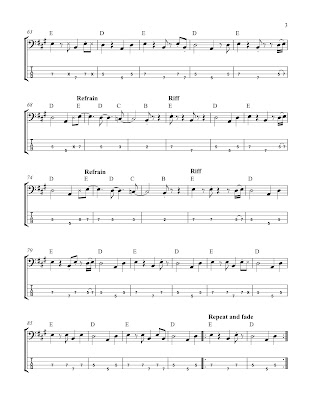