Where There's a Will, There's a Way
(Bramlett/Whitlock)
From the Delaney & Bonnie album On Tour with Eric Clapton

This transcription of “Where There’s a Will, There’s a Way” is taken from Delaney & Bonnie's On Tour With Eric Clapton. (Also see my transcription of "Coming Home" from that album.) On the verses, Radle sticks with a one-measure groove in constant eighth notes. When the chord changes from D to G, he keeps the same pattern, but transposes it up a perfect fourth. He maintains the straight eighth notes in the chorus, but notice how in the second half of the chorus, the pattern is cut in half, from four beats to two beats. This helps build excitement and makes the chorus feel like it is really moving forward.

In the bridge, Radle simplifies his line melodically, playing mainly roots, but incorporates a little more syncopation. This is a really effective method of building tension, which is the primary purpose of the bridge in this song--to provide relief from repetitions of the verse and chorus, but also to build tension that can be released by a return to the verse. Playing a more active bass line might have made the bridge feel frantic. Instead, Radle increases the energy of the song with less melodic movement and slight syncopation. 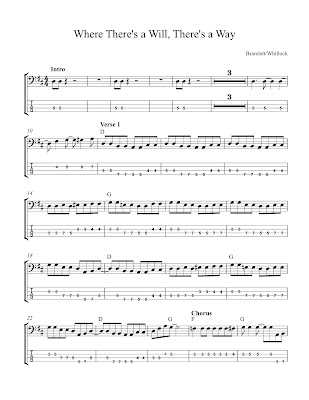 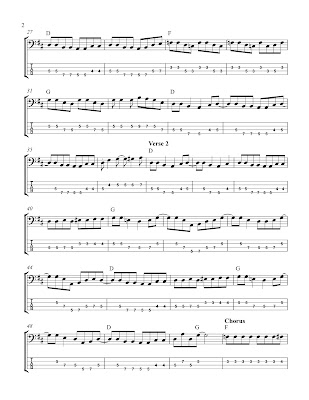 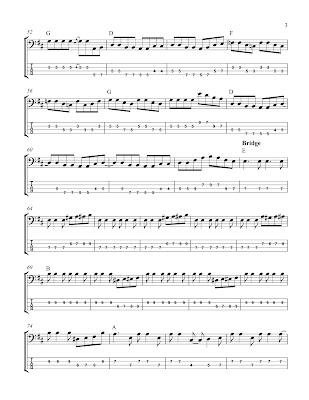 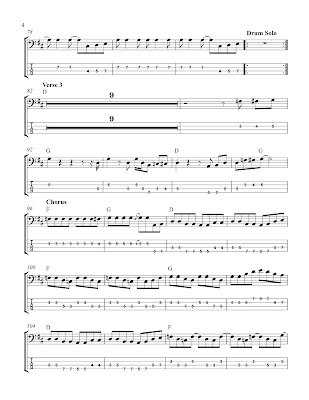 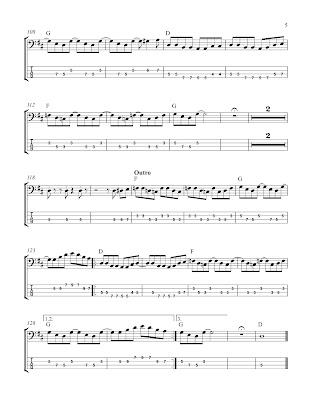 Posted by Kentucky Rob Collier at 9:57 AM