“High” is a lesser-known track off of one of Clapton’s lesser-known albums. Riding the success of “I Shot the Sheriff” from the critically acclaimed 461 Ocean Boulevard, Clapton took his band to Jamaica to record the 1975 follow-up, There’s One in Every Crowd. The album mixed reggae, blues, and rock, but was generally underwhelming and seemed like a pale imitation of its predecessor.

Critical disappointment notwithstanding, there are some good performances on this album. From a bass player’s perspective, “High” is the most interesting. Radle keeps the song moving by playing a descending syncopated line, matching the rhythm of the guitar. Aside from a sparse bridge that only occurs once (mm. 62-81), this syncopated line serves as the basis for the entire song. Radle never embellishes it, except for occasionally leaving out the C-D pickup on beat 4 of the 2nd measure of the pattern (in parentheses below).

A variation of it is used as the intro and outro, and appears after the bridge. 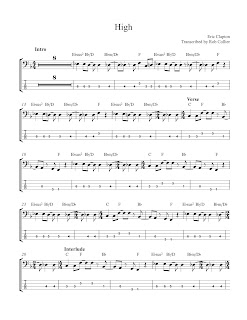 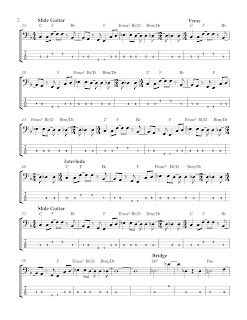 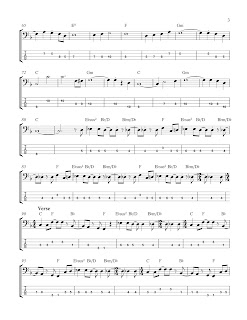 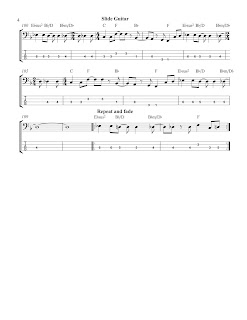 Email ThisBlogThis!Share to TwitterShare to FacebookShare to Pinterest
Labels: Carl Radle, Clapton, Eric Clapton, There's One in Every Crowd