This song was released on George Harrison’s 1975 album Extra Texture (Read All About It), but was written five years earlier during the recording sessions for All Things Must Pass. Harrison originally wrote the song for Ronnie Spector, who intended to include it on a 1971 solo album, which ultimately never materialized. The basic tracks were recorded in 1971 featuring the some of the same musicians who participated in the All Things Must Pass sessions: Carl Radle, Jim Gordon, and Gary Wright, plus Concert for Bangladesh participant Leon Russell. “You” is a strong song and became a top 20 hit in the US for Harrison, so it is a wonder it took Harrison so long to return to it. It is in a similar style to much of All Things Must Pass, bearing a particular resemblance to “What Is Life.”


The song is built around a 4-measure riff, which Radle plays, doubled by multiple guitars. This riff, seen below, is heard throughout both the verses and choruses, which comprise most of the song. A brief pre-chorus and an 8-measure bridge provide the only relief from this riff.

Though the pre-chorus is only 4 measures long, and simply stays on one chord the whole time, it plays a major role in making this song work. With so much of the song being dominated by the main riff, the pre-chorus serves as a way of building tension that is released when the riff returns for the chorus. Radle plays a simple, 1-measure pattern with light syncopation. This repetitive pattern helps the pre-chorus feel static, like it’s not moving, which in this case is a good thing. Had he played a melodic line that had some sense of forward motion over those four bars, the pre-chorus would have lost its sense of tension. The point of the section is to interrupt the main riff, and leave the listener suspended in wait for its return. Radle’s groove here helps achieve that, and provides a nice contrast to the melodicism of the main riff.

As you play through the bass line, be careful with the key signature. In F# major, all notes in the scale are sharp except B. Watch those E#’s especially! 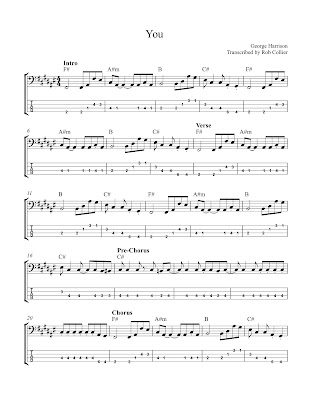 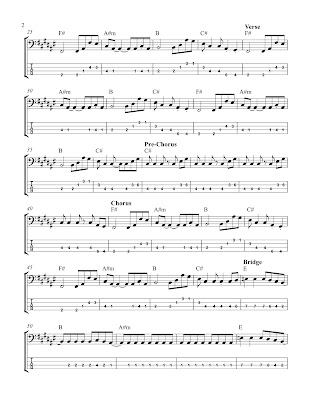 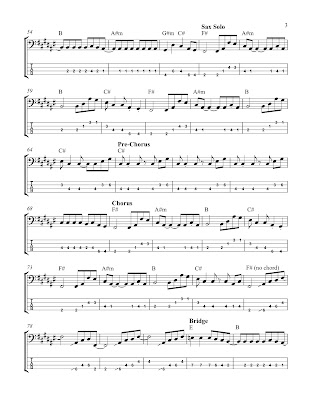 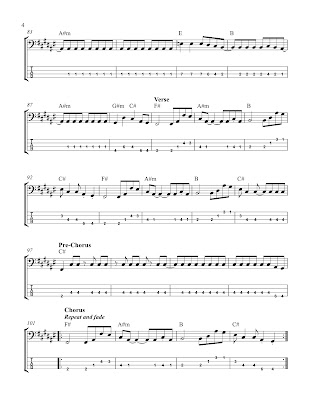